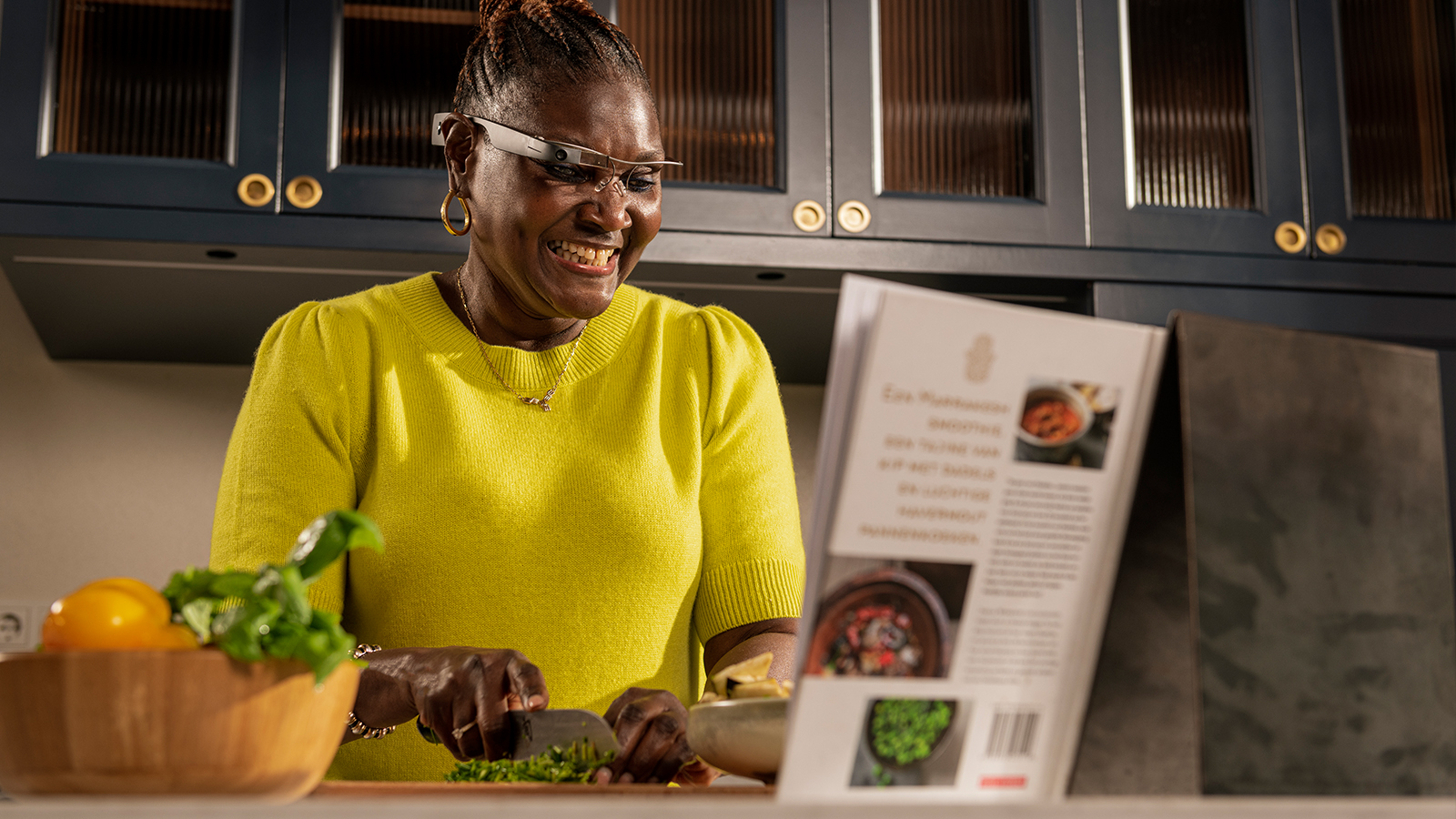 About Envision
Envision is the brainchild of co-founders Karthik Mahadevan and Karthik Kannan. As an industrial design student at the Delft University of Technology, Mahadevan’s master thesis work focused on finding ways to improve independence for the visually impaired. A few years later, in 2017, they founded Envision.

Envision builds impactful, design driven tools for humans that leverage the latest in computer vision technology so everyone can have faster access to information. Based in The Hague, the startup wishes to be the pioneers in enhancing and augmenting human vision that unlock potential beyond what one can see.

By speaking out the visual world around them, Envision empowers visually impaired people to become more independent. With ability to read in over 60 languages, the Envision app and Envision Glasses – developed as a platform on Google Glass – use artificial intelligence to read all kinds of text from any surface, recognize faces, describe scenes, find objects, scan barcodes, detect colors and much more.

First the visually impaired, followed by a broader audience
In 2019, the startup won the Google Play Award for the Best Accessibility Experience and was inducted into AppleVis Hall of Fame 2019. Since its launch, Envision has organically grown to thousands of paying subscribers in 200+ countries all around the world. The company has highly ambitious goals. Going forward, Envision is looking to further develop its software to provide support for a broader audience with other forms of disabilities and over additional platforms. The company strives to be the market leader in building applications that can enhance human capacities in any way, shape or form.